By Michele Meyer, for AllAboutVision.com (my latest client!) 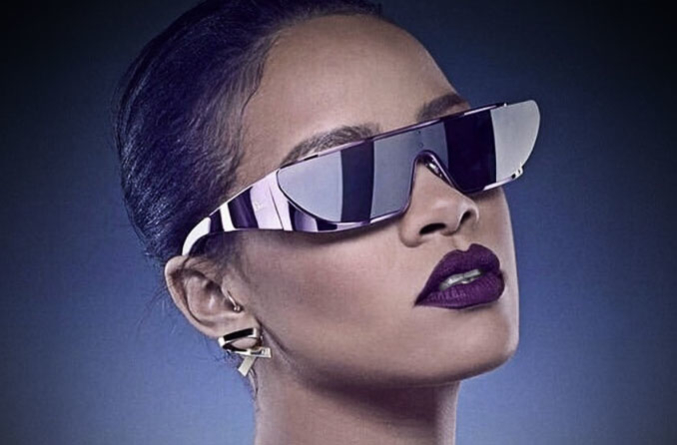 Robyn Rihanna Fenty ― aka RiRi ― has it made in the shade. The pop star just launched Fenty, a fashion brand featuring futuristic unisex sunglasses and other womenswear.

Take note before you dismiss her label as yet another been-there, done-that, now-you-see-it-then-you-don’t celebrity collection spurred by Rihanna’s Instagram followers  (71.5 million).

LVMH, one of the biggest players in luxury, is backing her history-making (first woman and person of color) fashion house, or “maison,” in their parlance. 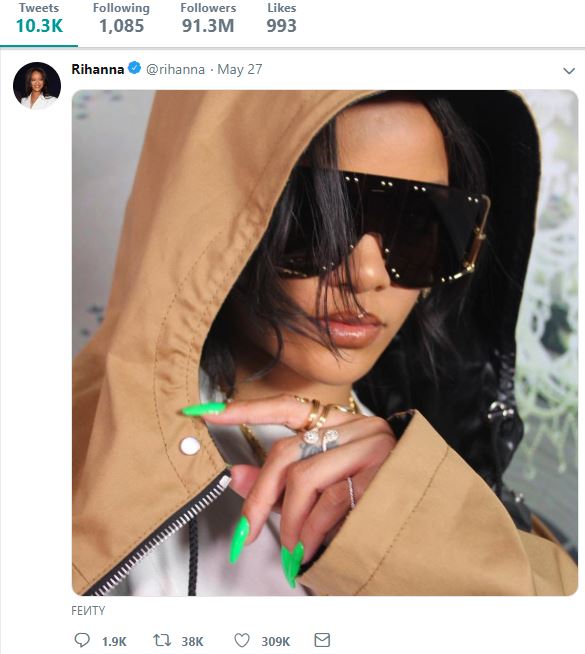 The singer/CEO already is a proven performer for LVMH. Her makeup, Fenty Beauty, brought in $560 million last year.

Readying her new wares could explain her surprising absence from May’s Met Gala, the New York Museum of Art annual fundraiser that has been dubbed the East Coast Oscars. After all, Rihanna is known for unforgettable get-ups and grand entrances.

She also has been busy with homework, training via collabs with Dior (glasses), Chopard (jewelry), Armani (biker jackets and T-shirts), Puma (sneakers) and Savage (lingerie).

Rihanna’s sunglasses are loud, unapologetic and talking that talk. The shades are just one of the fashion brands under her umbrella now.

About the writer: Fashion writer Michele Meyer admits to owning eight pairs of glasses, though her ardor for face-jewelry began long before her mother failed to coerce her into contacts. She pays for her habit writing for All About Vision, Palm Beach Illustrated, Modern Luxury, Four Seasons, CMO.com, INVISION and VCPN, among others.