GIVING THANKS: Two Greats Should’ve Been on More Fashion Radars

I wish you’d known them and their work and understood why I’m mourning their loss — while giving thanks for their designs. 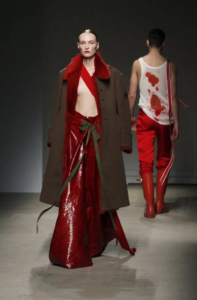 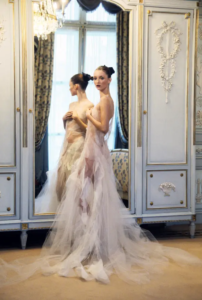 Surely you know of Chanel’s Karl Lagerfeld – the brilliant, prolific designer/artist/photographer who died at 85 in February.

But who are two other greats we lost this year?

Josephus Thimister was a Dutch master behind the curtains of Balenciaga, Patou, Pucci and Karl Lagerfeld, among others since the early ‘90s.

Hillevi Saperstein was the Los Angeles-based designer of Malibu 1028.

I wish you’d known them and their work and understood why I’m mourning their loss — while giving thanks for their designs.

Thimister reminds me of Alexander McQueen. His talent burned brightly but was undercut by depression and darkness.

Like McQueen’s, his shows were dazzling, evocative and sometimes controversial. His wares, including 2010’s “Blood and Opulence” couture collection, were bold yet delicate. Both Thimister and McQueen died of suicide, Thimister this month at 57 and McQueen in 2010 at 40.

My friend Hillevi Saperstein was only 45, in her prime and living joyously and fully when she died suddenly of cardiac arrest last January. Her fashion style captured her personality: daring, cool with a sprinkling of fairy dust and a fabulous collision of elegance and sportiness.

When I wear her ultra-chic take on a military jacket, I feel powerful, sexy, lucky and beautiful. I wish I always felt that way.

Recently, I was fortunate to be able to go through her warehouse treasure trove. I was impressed how classic and covetable her high-end Malibu 1028 jackets, dresses, tops, skirts and slacks remain. And her secondary Malibu 1028 fitness/swim line is sexy Los Angeles incarnate.

At some point soon, her designer capsule collection will be shared with Houston fashionistas. I hope you’re able to enjoy the magic she brought to my life (and closet). 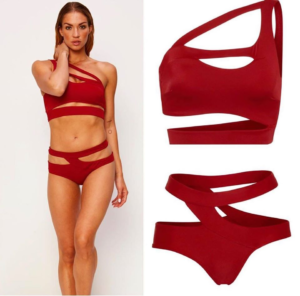